Are you up-to-date on Washington’s latest driving laws?

We all could use some brushing up on our driving laws in Washington state. Here are some that you may be forgetting the details on.

Do I have to turn my lights on in the rain? Refresh your knowledge on Washington driving laws, from newer ones to lesser-known.

Whether you took driver’s education courses two years or two decades ago, it’s important to stay up-to-date with driving laws, as they can be as variable as speed limit signs on I-5.

Here are some driving laws for Washington state motorists that you may need a refresher on.

As cell phones have become ubiquitous, so too have the number of distracted drivers on the road, eager to check their latest text or change their music selection. However, distracted driving has led to thousands of fatalities, which is why Washington state outlawed using a cell phone while the car is moving. There are exceptions if you are driving hands-free and can start the use of the phone with a single swipe or touch of the finger, or if you need to call an emergency number.

Some people worried the distracted driving law meant you couldn’t drink or eat while in the car, but don’t worry — it’s still legal to sip your Starbucks one-handed. Just try not to splash yourself with hot coffee.

If you’re travelling with children, stay current on what car seat they need, both to keep them safe and abide by recent adjustments in the law. Currently, children under age two should be seated in a rear-facing car seat, while those ages 2-4 should be in a car seat that has a harness. Car seats are also required until children are taller than 4’9”, regardless of their age. You can read more about the specifics in Washington state at the King County website. Remember, passengers, including adults without seat belts, can be fined $124.

Light up in bad weather

While it’s not technically required to have your headlights on the moment it starts raining, you do need to make sure you’re following Washington’s law for turning on the lights when driving conditions are poor. The law defines this as being unable to see one thousand feet in front of you. That can be a hard judgement call to make, so it’s better to be safe and keep the lights on when the rain starts coming down. And on the rare day in Washington when it’s not raining, remember the half hour rule: keep your lights on a half hour after sunset and until a half hour before sunrise.

If you’re headed back from the Sea-Tac airport and traveling north down I-5, you’re well acquainted with the variable speed limit signs that can drop the speed from its norm of 60 miles per hour to 40, 35, or even 25. These signs are meant to warn drivers of congestion or poor weather (we all know what it’s like to slam on the brakes when a string of red tail lights appears out of nowhere!). About a dozen other states have similar variable signs, and while some states have reported great success with them, others have said they can cause confusion amongst drivers, who might ignore them or suspect them of simply being speed traps.

The one exception to speeding

As much as it’d be fun (in theory) to have a law that allowed for experiencing the maximum speeds of your vehicle, there is only one policy on the books in Washington state that allows for travelling above the speed limit. When a vehicle in front of you is going below the speed limit on highways with only a single lane going in each direction, vehicles are allowed to exceed the speed limit to pass them. Note that you may only pass them at a speed that is safe to get around them, so no, it’s also not your one opportunity to put the pedal to the metal. 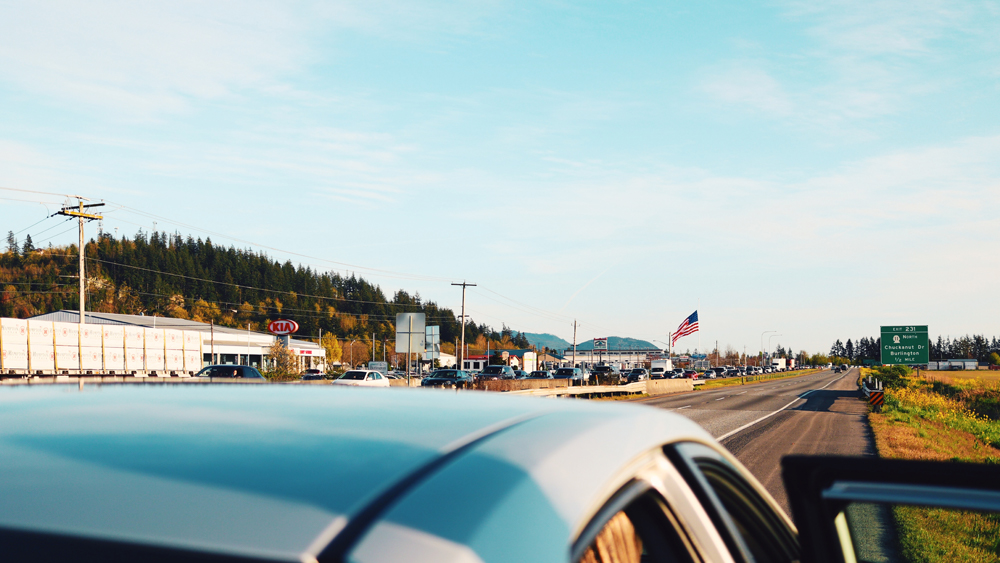